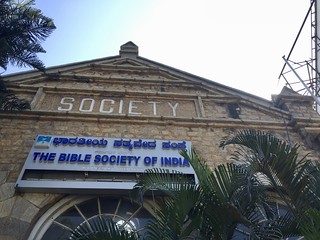 CNI moderator and Bible Society President PC Singh arrested at Nagpur airport. The man behind a 10,000 crore Church land scam is finally in custody. The Bible Society property scams that he has done by giving an illegal extension to General Secretary Mani Chacko will also be exposed soon.The EOW has demanded CBI enquiry into all the organisations he is associated with. An audio of Pintu Tiwari already leaked on social media.

Bible Society General Secretary Mani Chacko, CNI General Secretary Dennis Lall, Suresh Jacob and many other Bishops will soon be in custody. P.C.Singh has been charged with misappropriation of funds, illegal sale of Church property, illegal appointments and term extension of self and other people, links with the underworld etc. EOW had found 48 bank on his name , 17 properties on his name,  9 luxury cars on his name etc. Around 2 crore cash and 2 kg gold was found at his residence by the EOW.