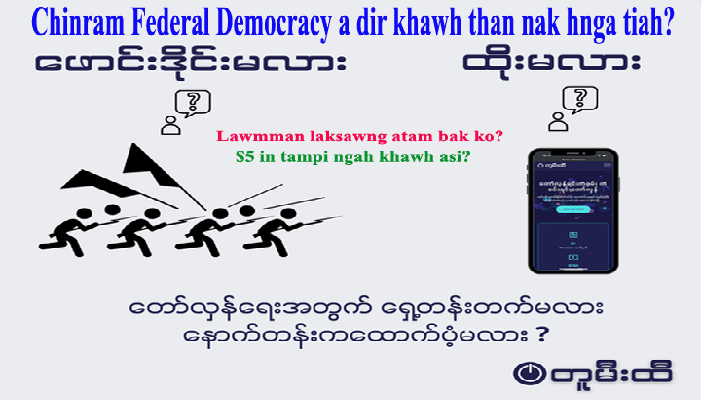 The Hammered Lottery program which is planned to provide funds to the Chinese Revolutionary Forces, CDM staff and to receive funds to the refugees of war during the revolution period will start from May and can start with a chance of Rs. 10,000 per piece. From Chin Relief Funding Program (CRFP).

“Hammer lottery is not only about raising funds for the revolution, but also intended to submit to the government as the official federal lottery when the Chin State government comes to power, so hammer lottery is a pre-test implementation of a federal financial system” Since it is an effort to make the year successful, it is also a supplement to the necessary funds for the Chinese Revolutionary Forces, I would like to urge everyone who wants the federal system and anyone who wants to strengthen the Chinese Revolutionary Force should do it.

After all, the lotto is for the whole Chin, so the lottery is for the whole China. I would like to ask everyone to give me a lottery ticket as I encourage the need with a brick sand. “Salaidokhar, the spokesman of Chin Relief Funding Program, said to Yangon Modern News Department.

It has been known that Tumee Lottery Phone Application can be downloaded and installed on Android phones via https://chin-lottery.com/apps/tumee.apk and iPhone via https://tinyurl.com/tumee-safari

CRFP said that Tumee Lottery is a temporary name for raising funds during the revolution and if the new Chin Pyi government emerges, it will be handed over to the Chin Federal Government as Federal Lottery.