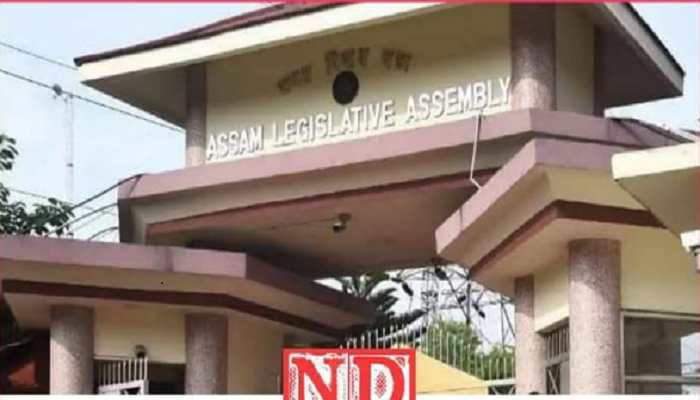 Mirang in:-
The Assam assembly witnessed pandemonium on Wednesday as ruling and opposition members engaged in heated exchanges over the boundary clash with Mizoram, forcing the Speaker to adjourn the House for 40 minutes. 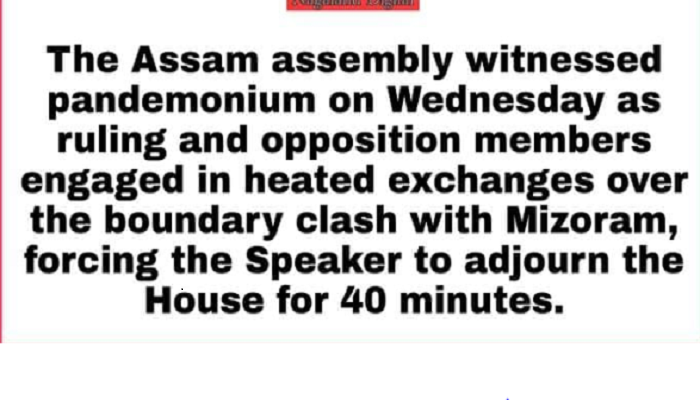 The entire opposition, comprising Congress, AIUDF, BPF, CPI(M) and Independent MLAs, rushed to the Well of the House demanding a neutral probe either by the Central Bureau of Investigation (CBI) or the National Investigation Agency (NIA) and showed placards with slogans such as “give protection to border residents”.

In a rare instance, ruling BJP legislators also rushed to the Well of the House to counter the opposition”s allegations, Members of the two sides, separated by the desk of the assembly secretary, pointed fingers at each other and banged the desk several times, Speaker Biswajit Daimary tried to pacify both sides in vain and finally adjourned the House for 40 minutes.

Earlier, Congress MLA Kamalakhya Dey Purkayastha raised the issue as a Point of Order and informed the House that problems started with Mizoram from October 2020, “We had given a letter to the Union government informing it about the issue. Even after that, why did personnel of Assam Police die? Whose fault was this?” he said.

Replying to the question, Parliamentary Affairs Minister Pijush Hazarika said that Assam and Mizoram are not two different nations, but two neighbouring Indian states, “We have to solve our problems through dialogue and the process has already started. But I would like to inform the House that 34 people died in their (Congress) tenure (in inter-state clashes) since 1974,” he said.

After Hazarika”s claim, all the opposition members rose from their seats and started shouting over the issue, At least six Assam Police personnel and one civilian were killed and over 50 people, including the Cachar SP, were injured as the festering border dispute between the two states turned into a bloody conflict on July 26. PTI TR ACD ACD